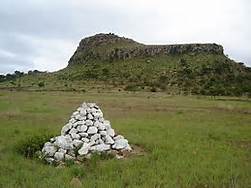 Today, I was doing some research for another book I am writing. The setting is in the 1800’s when wagon trains crossed deserts to reach the promised land. Disease spread like wildfire among them and many lost their lives to cholera and other communicable diseases. As a result, the disease spread further and many Native Americans lost their lives too.

The Native Americans burial was a sacred ceremony but  other nationalities of people who died, had to use a shovel and perhaps a pick.

It boggles my mind to think about the use of a shovel to dig a grave for a friend or a loved one. The ground had to be as hard as cement,  being subject to the  in extreme temperatures. Muscle was the machine that was used to open the hard ground in temperatures that were  either unbearably cold or unbearably hot, depending upon the time of the year.  Digging a deep grave was sometimes an impossible task. The practice of piling stones on shallow graves was implemented, to deter animals from digging up the graves. These graves are called cairns.

Symbolically, the stones can indicate many things; that love and remembrance are as strong and as lasting as a rock. That as a stone lasts forever so to does love.   Even a belief that the deceased is with God, since the Old Testament refers to God as a rock, as in Psalm 18:2 — “The Lord is my rock…”      This paragraph is a direct quote from a blog on google. “A Grave interest.”

Leaving a stone or pebble is  also a gesture of appreciation for the strong and lasting impression they have made on your life. if there seem to be a lot of stones present, it means that person has made a lasting impression on others.

I was curious so I looked up the definition of rock. Of course I know what a rock is, but it has a much deeper meaning than a chip off of a larger boulder.

Used in similes and metaphors, it refers to someone or something that is extremely strong, reliable, or hard: (according to Webster’s dictionary)

That brings new light to why a diamond, or other stones are given to fiancés and brides. They are playfully called a *rock* but the meaning is serious business. It represents love that is strong and lasts forever!

Other meanings, according to the Oxford dictionary:

Used to refer to someone or something that is extremely strong, reliable, or hard: the Irish scrum has been as solid as a rock

And here is a phrase I can identify with on a regular basis.   “Caught between a rock and a hard place!” which means, Faced with two equally undesirable alternatives.

Last but not least on my list, is everybody’s favorite song “We will, we will rock you!”

Simply put, that means we will shake  you to the core, unless one lived during a time when people were stoned to death for their sins. Hmmm, who could have imagined this much could be said about a rock?.