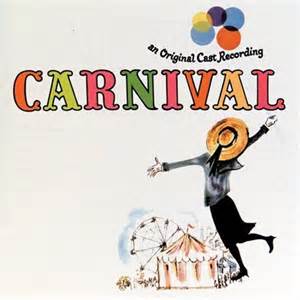 People were bumping into each other and I found myself saying, “excuse me,” several times.

The carnival was happily hosting a huge crowd of people. Jerry let us out at the gate and went to park the car. How could we have known he would have to walk about a quarter of a mile?  He had the money so I tried to keep the grandkids corralled at the gate waiting on him. The line to buy tickets was long enough to scare me but I couldn’t get in line until he brought the money.

By the time Jerry got back with the money and we went to the back of the line. My feet were screaming in pain. I had worked all day and stood in line for tickets until I thought I’d have to beg for a ride from the local law enforcement vehicle that was parked close by. The grandkids were so excited, I did not have the nerve to disappoint them by saying let’s go home,  so I  limped around.  The throbbing in my feet pounded like the beating of drums, and kept time with the music the band  was playing.

In spite of the pain, the music hypnotized me like it was a beguiling siren of music. I allowed it to transport me back in time. A time when my feet would have kept beat with the music and I would have danced. Just to see if all my parts still worked, I swayed a little bit. It felt wonderful.  Suddenly, I was aware. All my senses were heightened. 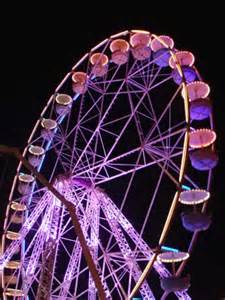 The ferris wheel was making loops, venders were calling to the crowds. Wonderful aromas of funnel cakes and turkey thighs permeated the air and teased our senses. The bright blinking lights were hypnotic as our grandchildren excitedly pulled us from one ride to another, only to see one farther down that looked more enticing.

Jerry and I held on to one child’s hand apiece, and Mark rode the rides with them. We waited at the exit. It was such fun to see their energy and laughter as they finished their rides. The laughter was contagious. Both, Jerry and I giggled like school children.

When I wasn’t being towed by a four-year-old, I watched the many kinds of people in the crowds. One of my favorite’s was a little boy who looked to be about eight, outrunning his nurse. She was about ten steps behind him and he raced to the next area. He was wearing leg braces and pushing a walker of some kind but he out distanced everyone in that park. He was sporting a black eye, which I assumed he received from a tumble on the walker, but he didn’t let that stop him from having a glorious evening!!  He drank in the glittering lights like he was starved. I watched him until his tiny form turned the corner. I know I had to look a sight, laughing at that child and yes, even cheering him on!

The night was glorious. The air was cool and pleasant. The boys wanted to go through some kind of maze a couple of times. That gave Jerry and I a breather. Just like yesterday, he reached for my hand as we stood waiting. Both of us whispered into each others ears because the music was so loud. Or so we thought, until our eyes met. As natural as the

sunrise, his muscular arms slipped around my neck, pulling me closer to gaze into my eyes. Like he was a powerful magnet, and my hands were metal, they circled his waist.  The entire universe stopped for us that moment. Our gray hair was full and vibrant as out hearts beat in perfect harmony.Everything was right in our world.

I’m not really sure if our intimate moment was a minute or three, but when the kids came barreling out of the maze, I tried to capture that time to hold in my heart.When I came back to my senses, it almost crossed my mind, how all the teenagers laughed, if they saw us hugging. Almost, but not quite. What I really thought is, “They should be so lucky.” I hoped they all would someday know the depth of intimacy.

2 thoughts on “The depth of Intimacy by Arhonda Luman”